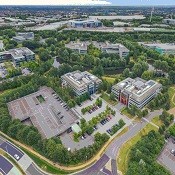 The Geomatics team are now extending their portfolio of land and engineering surveys to include the capture of aerial imagery using Unmanned Aerial Vehicles (UAVs) that brings a new perspective to spatial data capture and visualisation.

With regular deployment, airborne capture is proving to be an invaluable tool on large construction sites where visual progress can be monitored and where the inspection of structures, in often difficult to access locations, is now possible.

Drone imagery can be vertical or oblique, still or dynamic, and can be used to develop terrain and elevation models. 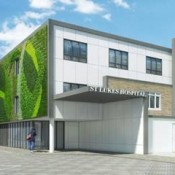 A planning application has been submitted for the remodelling of St Lukes Hospital in Oxford. The proposal includes the removal of the existing roof and the construction of a new second floor across most of the building’s footprint to create twenty new en-suite bedrooms. Additional works include internal alterations to the first floor accommodation, new front entrance, activities room, garden room, staff and training facilities.

Glanville has worked closely with Oxford Architects and the design team through the early RIBA stages to provide a feasible structural solution that utilises modular construction for the additional storey. Glanville has also provided transport advice and civil engineering design services. 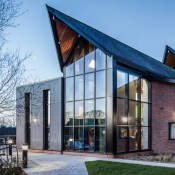 Working with Balfour Beatty in a Design and Build role, Glanville provided civil and structural engineering design services for the redevelopment of Swan Pool and Leisure Centre, Buckingham for Aylesbury Vale District Council.

The project consisted of several building extensions to create a new rock climbing facility, an extended gymnasium and the creation of a new spinning studio. The redevelopment also provided internal improvements to enlarge the changing village and create a larger spectating area for the swimming pool.

The £2.6M project was successfully completed earlier this year on time and within budget. 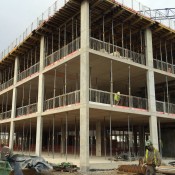 Work is progressing well on site, with Barnwood Construction as the Principal Contractor completing the reinforced concrete frame ahead of schedule. The building will provide a purpose built laboratory and office building totaling 67,000 sq. ft. at Park Drive Central for MEPC, with Adaptimmune as the tenant. Glanville has provided civil and structural engineering design services to both the landlord and tenant for the shell and core as well as the fit out works. Nicholas Hare is the architect.

Park Drive Central totals 9.47 acres and is the next phase in MEPC’s development plans on a site earmarked for redevelopment, which is part of the Science Vale UK Enterprise Zone.

Planning permission for the building was approved through the fast track Local Development Order process. Construction completion is due in late 2016. 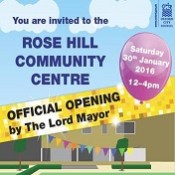 Glanville has provided civil and structural engineering design services to Oxford City Council to support the development of a new £4.8m community centre in the heart of Rose Hill, Oxford.

The Lord Mayor will officially open the community centre’s doors for the first time on Saturday 30th January 2016 when there will be a fun-filled, free open day from 12-4pm. 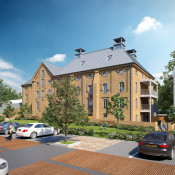 Work on site is progressing well at The Maltings development on Fordham Road in Newmarket.

The development comprises 44 residential units in total, split between new-build and refurbishment of the historic malt house building. Glanville Consultants has provided civil and structural engineering services to Cleanslate Ltd.

The malt house has required extensive refurbishment to create sixteen apartments and duplexes with an internal atrium that provides access to each level by creating galleries off the principal circulation space. The roof and every floor have been reconstructed to maximise the space and provide a robust structural solution to ensure the heritage of this building is preserved.

In addition to the refurbishment of the malt house, Studio Henley architects has intelligently remodelled the site to incorporate six town houses and two apartments blocks around a communal central courtyard. 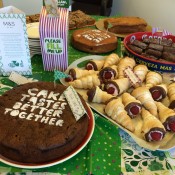 Many staff at our Oxfordshire office contributed by baking a mouth-watering selection of homemade cakes whilst everyone did their bit by paying for the privilege of eating them!

The fundraising event raised a total of £147, which was matched by Glanville’s Directors. The money will help Macmillan make sure no one has to face cancer alone.

Loom to the Moon 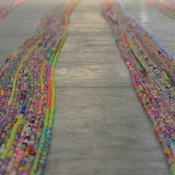 Supporting a very worthy cause, Glanville was proud to provide the expertise for the World Record attempt at the longest ever Loom Band bracelet.

Measuring 41,106 feet (nearly 8 miles) the bracelet was painstakingly measured by the Geomatics team and successfully registered as a new World Record on 23rd July 2015.

Blue Skye Thinking is a charity which supports research so that all children diagnosed with brain tumours will have a better chance of survival and a better quality of life post-treatment. The charity is run by volunteers and all money donated goes directly to the forefront of research and treatment. 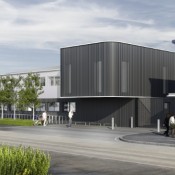 Works have now commenced on the first phase of works for the extension and refurbishment of Oxford BioMedica (OXB) manufacturing facility in Cowley, Oxford. After OXB secured an Advanced Manufacturing Supply Chain Initiative (AMSCI) grant, Glanville was appointed in 2014 as the structural engineer for the expansion and reorganisation of the site. 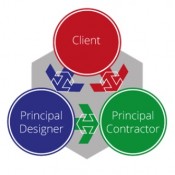 The long awaited changes to the Construction (Design and Management) Regulations came into force on 6th April 2015. 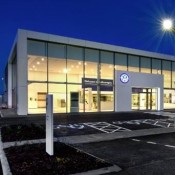 We were appointed by Inchcape Retail to provide structural engineering design services for the development, which had a construction value of £3.7 million and involved the design of a showroom, vehicle workshop, valet bay, reception and offices to meet Inchcape’s exacting requirements.

On this fast-paced project, Glanville Consultants worked closely with the client, design team and contactor to provide a contemporary structure with steel frame for the main building and composite deck to first floor. From the outset we identified the benefits of BIM and generated a model using Autodesk Revit software. The project required intelligent design to provide an uninterrupted glazed front façade to meet the client’s aesthetic and operational needs. 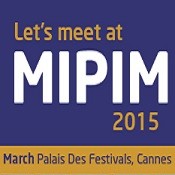 MIPIM, the world’s leading property market, brings together the most influential players from all international property sectors - office, residential, retail, healthcare, sport, logistics and industrial, offering unrivalled access to the greatest number of development projects and sources of capital worldwide.

The 26th edition of MIPIM will be held in Cannes, France from 10th to 13th March 2015. Our Director Bryan Murray will be attending the event, so please contact him if you would like to meet up. 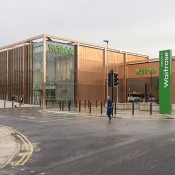 Waitrose’s new food store in Chester opened its doors for the first time in November 2014.  The scheme involved the re-development of a brownfield site located between the A51 and the Shropshire Union Canal to provide a mixed-use scheme that includes a supermarket and several smaller retail units.

Glanville’s involvement with the project dates back to 2010 when we were appointed to advise on transport and highways matters at the pre-application stage.  We prepared a multi-modal Transport Assessment and Travel Plan to accompany the planning application and prepared the preliminary design of the highway works required to provide a new all-moves access to the site and mitigate the development’s traffic impact on the busy A51 corridor.  We were subsequently responsible for the detailed design of the highway works that were carried out by Waitrose under a Section 278 Agreement.

Glanville has provided civil and structural engineering design services to Oxford City Council for the development of a new £4.8m, community centre in the heart of Rose Hill, Oxford.

The project has engaged with many stakeholders to provide a bespoke building that will benefit the local community and bring together several existing services under one roof, including a social club, advice centre and youth club. It will also provide a new doctor's surgery, a community gym, a training kitchen and a new police office.

An official groundbreaking ceremony was held on 7th November 2014, with Bill Buckingham officially cutting the first turf.  Mr Buckingham, who is a longstanding resident in the Rose Hill community and a previous local councillor and Lord Mayor, helped build the original community centre.

Changes at the Top 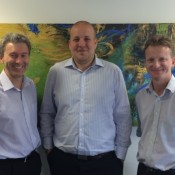 These promotions strengthen the Board and recognise the hard work and commitment demonstrated by Tim, John and Andy over many years. The new Directors are looking forward to shaping the future of Glanville and contributing to the continued success of the business. 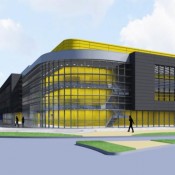 RAL forms part of the wider Harwell Oxford Campus and is located within the Science Vale UK Enterprise Zone. RAL Space is based at RAL and employs around 200 staff engaged in world-class space research and technology development.

We have provided civil, structural and highways advice on this BIM project. Planning has recently been granted and construction work is due to commence on site imminently.

A new pedestrian bridge has recently been completed over the A3093 in Hampshire to link Persimmon Homes’ Picket Twenty development with the town of Andover.  Our structural engineers were responsible for the design of the arched steel bridge and associated concrete abutments, which required close liaison with the local Highway Authority to obtain Agreement in Principle (AiP) as part of the technical approval process for the highway structure.

An important consideration was the construction sequence to minimise any closure of the A3093, and hence all aspects of the steel bridge were designed as modular sections that could be fabricated off-site and erected quickly, whilst ensuring the design remained in keeping with the surrounding area. 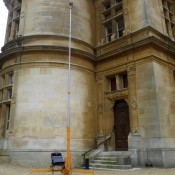 Glanville’s Geomatics team has developed a solution to the challenges of accessing restricted locations which prevent adequate survey coverage.  The system comprises a fully retractable 11m mast, able to carry a 10kg payload, that provides a highly mobile, elevated platform for our laser scanning and digital imaging equipment.

The mast is being used to increase our 3d laser scanning coverage and provide up-to-the minute oblique site photography. Its use within the heritage sector, in particular, is proving invaluable and cost-effective, often avoiding the need for a much more costly access solution. 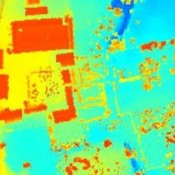 With planning policy steering new development towards areas at the lowest risk of flooding, it is crucial that the extent of flooding risk is established accurately. Published flood mapping is often produced to a low degree of accuracy. This can suggest land is at a higher risk of flooding than may be the case in reality, restricting potential development opportunities and posing considerable difficulties in securing planning permission.

We have recently invested in state-of-the-art computer software and have developed the capability to undertake 1D and 2D flood modelling. Using primarily ISIS and TUFLOW software we can produce models to accurately establish and understand the extent of flood risk, which allows us to unlock sites for development. 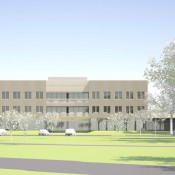 Glanville has recently prepared a detailed design and construction contract for the enabling works at The Welding Institute (TWI) in Cambridgeshire.  This forms part of a £40 million project for the construction of a new postgraduate Structural Integrity Research Institute which has been based at Granta Park since its formation in 1946.

This development will mark the completion of a 15-year programme to replace and update its research facilities.  The project consists of the demolition of 12,000m2 of buildings constructed from the 1950s to the 1970s and the construction of 25,000m2 of new engineering laboratories and offices.

For live news, updates, new events, new posts and commentary you can follow us on Twitter @Glanville_Group. To get involved with discussions add #Glanville_Group to your tweets!

We are playing key role in the development of @SilverstonePark, a major new technology park being built opposite th… https://t.co/M3qeQEX1HE

Meet Marta, a #civilengineer in our #oxfordshire office. Marta talks about her career path so far and what she find… https://t.co/7LedxMMHJu

Congratulations guys! We were pleased to provide #civilengineering and #structuralengineering to this award winning… https://t.co/7NRiMNxtwW

Who says #industrial has to be dull? Great design @MSA_Architects_ https://t.co/MpnuJ1Q0rP

The controversial Oxford-Cambridge expressway hit the headlines again this week after it was rumoured that plans we… https://t.co/KSIURZrWSw